Got up early morning for my (irr)regular swim schedule! Somehow had the feeling “it’s gonna be a god day” just one of those days….
Done with the swim, finished my morning chores and started getting ready for my consultations. Usually we (doctors) don’t bother much about dressing/ smelling good, however today was different, I had that ” good day” Wala feeling.

The positivity creeps into everything including dressing style.. dapper clothes, shiny shoes and a suave perfume. Ready to leave and I realize I still had time on my hands; so I catch up on some news and gossip

positivity influences everything, including getting an instant cab!!

And I’m before time again.

Somehow there’s no traffic on these ” good” days and a drive over the freeway seems more like a long drive than the usual grind.
Grooving to some cool music, I saw A dark, chiseled face staring at me through the car “window” sweat dripping from his face as he dragged a hand cart near Carnac bunder ( the south end of the freeway) in the scorching heat.
The only thing between me and that man was the car window and yet we were in two different worlds.

There he was sweating like a tap, but with well toned bisceps showing through his vest, and a determination in his eyes to pull the cart through heavy traffic and potholes come what may. Doubt if he had water.

On the other hand was me, a dapper shirt covering my abdominal fat and untoned muscles, an AC cab to prevent sweating and a strong perfume just in case. A lunch bag packed as if I were leaving for a picnic!

What had I done to deserve this luxury I wondered? Why do I get the “privileged” life? Why do I have a lunch bag so full I probably would’nt finish whereas he would struggle for water? Is this what we call modern civilisation?

People sitting in air conditioned offices with practically no physical hard work are the dictators. They make money and manipulate it to multiply it several fold. Whereas the really hard working people like the daily wage labourers, farmers sweat it out with guaranteed income!

But mind you this privilege comes at a cost:

lack of physical work leading to multiple ailments, no family time or free time leading to psychosocial issues and most of all no time to enjoy the hard earned money!

I have on occasions passed through phases with practically hand to mouth situations, but I fondly recollect those days as some the best days of my life as I had maximum time for my loved ones and was closer to them than anytime else.
Wondering who was on the wrong side of the “window”then? 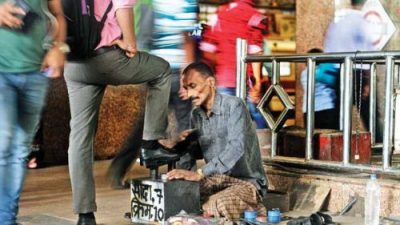 Was getting my shoes polished today morning at the busy CST station.

Everytime i put my foot forward, there’s a sense of awkwardness seeing someone dust the shoe’s while u stand up tall looking Down upon them. (can’t imagine how one would feel in their shoes)

anyways there’s one elderly gentleman on PF1 who stands out from the other polish wallas. keeps dusting the shoes, looking at them from every possible angle making sure its clean, rubs generous amount of cream, dabs his brush in the polish making the shoes shine as if he ere to wear it himself.

At the end of it all he raises his hands with a satisfactory smile on his face, feeling proud about what he’s accomplished, and all all this while his fellow compatriots are busy sending people off in a flash so that they can collect more money.

i’ve been going to him for many years now and every time he goes about his job with the same curiosity and eagerness, that ends in a proud satisfactory smile.

And while i’m looking at him admiring his sincerity and thinking about “tipping” him something tells me that i might just hurt his self respect if i do so.

Strange how he manages to do such a thankless job with the same enthusiasm and elan everyday, while others around him are busy spinning numbers.

Guess there are two kinds of people

Those who love their work or make any task given to them their own.

they are not bothered about RETURNS, but RESULTS. they derive their satisfaction and happiness from work itself.

then there are those who work cos they have to, they just want RETURNS not RESULTS.

donno which group i belong to but i’d rather be the happy paalishwala who loves what he does and will always try to be that way.

If you are still wondering whether i “tipped” him,

Not because i did’nt want to, but cos i did’nt have the courage to. 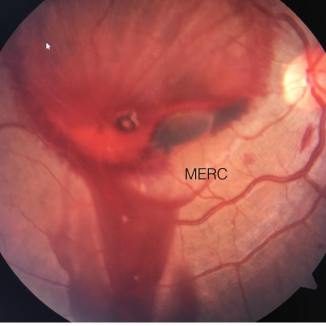 Another fascinating case of a young gentleman presenting with sudden loss of vision in the right eye after a bout of vomiting. Examination showed a fresh sub-hyaloid bleed, along with a small component of sub-retinal bleed. He underwent laser hyaloidotomy which beautifully drained the sub-hyaloid blood. ( much like how water would come out of an earthen pot if a hole was made at the bottom by hitting with a stone) 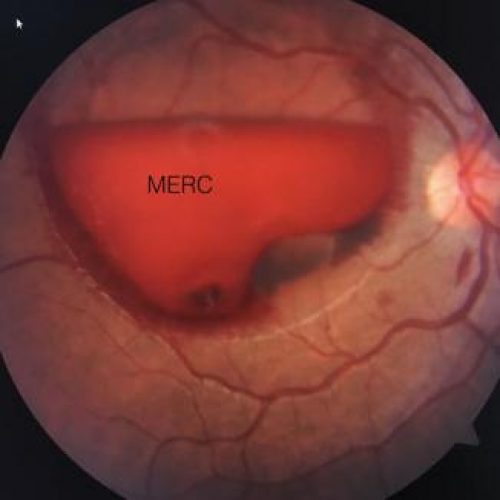 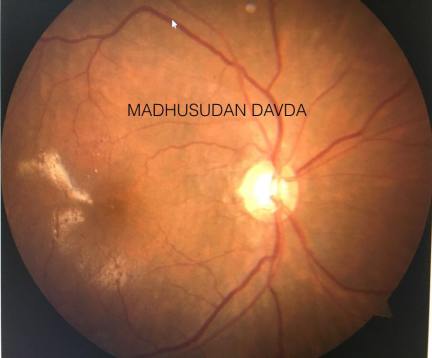 Giant Retinal Tear (GRT) with Retinal Detachment is one retinal condition which tests the skills of a retinal surgeon to the limits.

GIANT TEAR WITH RD BEFORE SURGERY

With a bit of patience, concentration and a proper plan of action success can still be achieved with truly gratifying outcomes.

Below is one such case of a young gentleman with a 5 clock hour GRT and Total Retinal Detachment who underwent successful Retinal reattachment. These patients need aggressive laser along the tear as seen in the pictures. 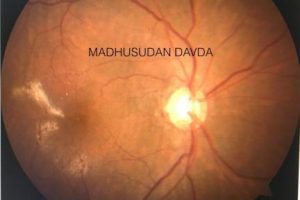 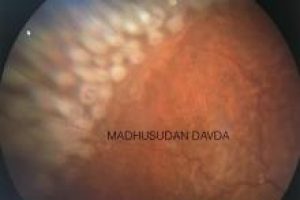 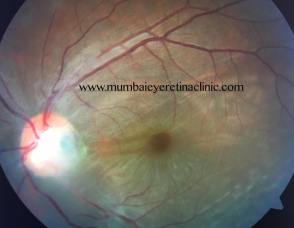 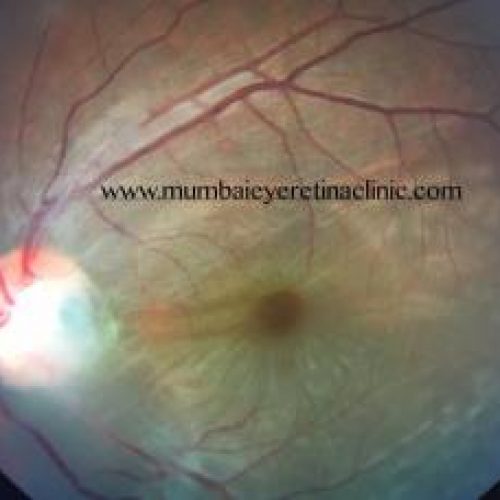 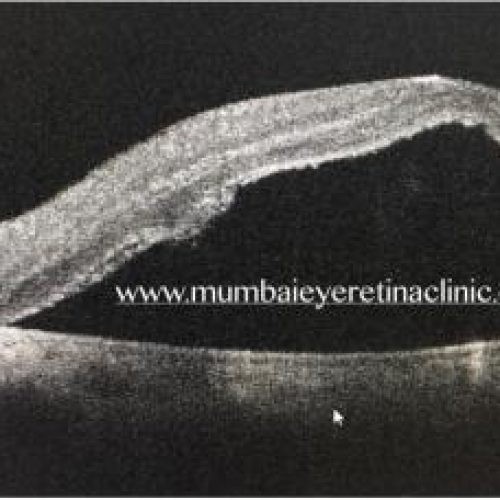 1) Absolutely one eyed patient
2) Optic pit patients are know to have very sticky vitreous and one of the most difficult for PVD induction
3) Optic pits communicate with CSF. Silicone oil is contraindicated. Lady has 1 year old twins. Putting gas will temporarily blind her for 3-4 weeks
4) High chances of recurrent detachments due to proliferative vitreoretinopathy.

2) Encirclage was pre placed to reduce chances of recc RD

4) Stuff the pit: ILM hinged at ONH and then packed into the optic pit in layers

7) Low percentage gas injection so that its absorbs faster. 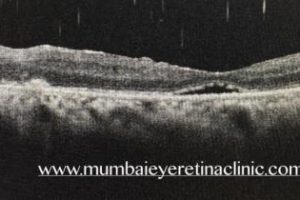 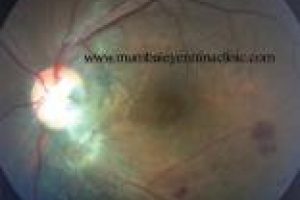 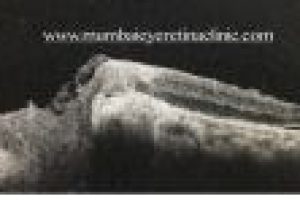